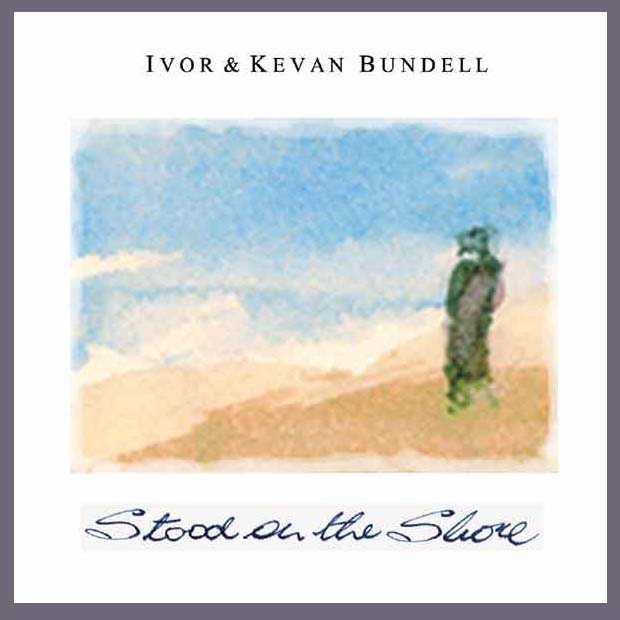 Talented English folk duo Ivor and Kevan Bundell are firmly rooted in the contemporary tradition. They are more than ably accompanied by friends and family on this record, which opens with Mr Mitchell's Angel, a track celebrating the Spitfire and its creator RJ Mitchell. The war theme continues on the excellent Widow of War, dedicated to "the generation that lived through two Great Wars" and a lament for those who were lost. There is also the evocative and haunting Hanging Tree and the superb English Green, which celebrates English identity. The Bundell brothers have created a fantastic English folk album that sits nicely between the folk-rock of Fairport Convention and contemporary folk songs by Richard Thompson and Sandy Denny. If you listen to it, you will certainly find a permanent place for it in your collection.

"Although they have been playing live for many years it took them twenty five years to release their debut album ‘Secret Lives’ in 2001. After a mere six years we are therefore pleased to bring here their second album. As before it’s an album rooted in factual observation with each song exploring a particular theme. The song writing is once again very strong, providing bright melodic settings for each performance. It’s easy on the ear and diverse in sound with flute, whistle, mandola, electric guitar and drums broadening out the sound.

They manage easily to reconcile traditional folk with contemporary styles, seeming to make it a redundant issue. By giving traditional styled songs the same warm production, songs like ‘Hanging Tree’ written in the traditional style suddenly seem modern. Without being sentimental, they look fondly back at England’s past on songs like ‘English Green’ and sing of the seasonal cycle on ‘There’s A Thread Runs Through’.

Songs such as ‘Slip Away’ and ‘It’s Not Dark Yet’ show the brothers exploring new areas in their music such as acoustic pop and acoustic folk rock. The album ends with ‘Thief In The Night’ which considers the unseen coming of death with a folk-rock epic combining pounding drums and flute.

One of the notable songs is 'Mr Mitchell's Angel' about the spitfire plane and its creator R.J. Mitchell. This plane has an enduring affection from people in the UK due to its pivotal role in defending the country during world war II.

This is a highly accomplished album that builds upon and expands from the brother’s first album. Don’t be deceived by the easy on the ear songs, there’s real depth to the album. Anyone with an interest in traditional or modern folk should check it out."

Singer-songwriter duo Ivor and Kevan Bundell describe their music as 'Contemporary, original and English Folk/Roots', and their second album, "Stood on the Shore" is indeed steeped in Englishness. It explores the roots of English identity and values, through history both local and national and with rich reference to literature and to personal experience. However, their music invokes a green and a people's England that is quite distinct from what has been called "Red-White-and-Blue Britain".

In customary folk tradition it deals with issues of justice (and injustice), of real events and characters, and of enduring symbols. English Green - "a hymn to English identity" - begins with Lincoln Green, proceeds by way of the weather, and ends with the dream of Jerusalem. Waltham Blacks tells the story of 'King John', an eighteenth-century Hampshire Robin Hood and his fellow 'Hunters' who fought for the rights of the common people against the local Bishop and the Whig Government's repressive Black Act of 1723. Hanging Tree, evokes the lonely cross roads and the gibbets on which criminals were hung and which were once a common feature of the English countryside. Widow of War and Mr Mitchell's Angel, meanwhile, convey a patriotism that has nothing to do with nationalism.

Mr Mitchell's Angel, the dramatic opening track, is perhaps the most potent in both musical and symbolic terms. RJ Mitchell was the designer of the Spitfire, an aircraft which symbolizes not just the English, but the British spirit of dogged defiance against oppression, as well as serving as an enduring memorial to those who died (and those who survived) defending our freedoms. While many tracks on the album are of a firmly traditional and acoustic folk mode, Mr Mitchell's Angel is one of a number of others in a folk-rock style, with powerful keyboard provided by another member of the Bundell family, Shamini, and soaring electric lead guitar from Ivor and Kevan's long time musical collaborator Paul Gateshill.

The songs above notwithstanding, this album is not simply a history lesson set to music. Other songs - If wishes were horses, the more upbeat Slip Away (a nice contrast with the more folky tracks) and I loved her too much - are more personal; they speak of loves won and lost, regret for the lost ideals of youth, of a looking back at life's mid-point. And many of the songs are shot through with the a feeling - characteristically English - of melancholy and of loss. There is also the particularly fine borrowing from John Bunyan of Who would true valour see, and indeed the influence of hymn tunes and church organ is a recurrent theme across the album.

This is an easy album to listen to - with fine vocals and enlivened by whistle, mandola, percussion and keyboards - but it has a real depth of meaning and of emotion, mixing traditional folk and contemporary styles together with ease. Anyone with an ear for traditional or modern folk should take a look and a listen at www.bundellbros.co.uk .